2    The minutes of the meeting on 8 January 2020 were accepted as a correct record.

(a) Contrary to the impression given in the Plan, there are significant parts of the paving in North Road which are in a poor condition, and which create unnecessary difficulties for wheelchair users, especially those using the bus station. The Group understands that further improvements to the pavements will be made when the bus station is renovated.
(b) There does not appear to be any mention in the Plan of the important detailed recommendations resulting from an access audit currently being undertaken by DCC of the City's streets and pavements. When completed this audit will provide valuable information which all future developments and renovations in the City will need to take into account.
(c) In its comments on the previous version of the Plan, the Group drew attention to the importance of consulting all those who live and/or work in the City, and who face mobility challenges arising from sensory or physical impairments. Those who do not face those challenges — or who do not yet face them — are often unaware of the steps that could and should be taken, often at little or no cost if incorporated into plans at an early stage, to reduce their impact. The Access Group is sometimes consulted, but more often it is simply informed after decisions have been taken when it can do no more than note the ill-considered consequences of those decisions.
There is no mention in the Neighbourhood Plan of the advantages of consulting those with information and experience which should be taken into account when plans are developed.

5    Treasurer's business:
Brian reported that there is a little over £1,000 in the Group’s account.

6    Website:
Brian introduced Richard to the meeting, explaining that he was willing to help with the Group's website. The members present endorsed his suggestion that David, who had acted as our Webmaster for several years, should be warmly thanks for the work he had done in setting up and maintaining the website. Setting up the new website will cost about £700. Thereafter, annual costs will be about £300. In order to support expenditure at this level, the Group would need to apply for small grants. These are available, but in order to apply successfully, the Group would need an up-to-date Constitution. There is a Constitution for the Group, but it has not been revised to meet the current circumstances of the Group. Also, the Group would need to have annual public liability insurance in order to make successful applications. It was agreed:
(a) that Brian and Richard should proceed with the set up costs for the
website;
(b) that Barry should present a revised version of the Constitution;
(c) that Brian should investigate and obtain public liability insurance for the Group.

7    Cathedral Access Panel:
Linda and Barry reported on a meeting which had been requested by the Chapter Clerk, following the decision at the last meeting of the Access Group. Alice also attended the meeting.
The meeting, which took place in mid-February, was useful and indicated that the Cathedral authorities are, after all, interested in having a properly functioning access advisory panel, and will be taking steps to set up such a panel. There had however been no progress since the meeting and Linda was asked to investigate.
Barry said that he had also been approached by Janina McBride, who is the person leading the new 'cloisters project', and who wishes to involve the Access Group in that project.

8    Membership of a new disability Regional Stakeholder Network:
Barry reported that Len had successfully applied, on behalf of the Group, to join this Network, and would be providing further information in due course.

9    Room hire:
There was discussion about what the Group should do about its regular meeting place given the difficulties that had occurred when the Methodist Church cancelled at the last moment the booking for this meeting. There was support for changing the regular venue to the Community Centre, Broomside Lane, though it was not clear whether it would be available at the time the Group normally meets. Brian will make enquiries, and members will be asked for their view when more is known.

10    Date of next meeting: Wednesday 13 May 2020. The meeting will be preceded by the Group's AGM. The location and time of the meeting have yet to be decided. 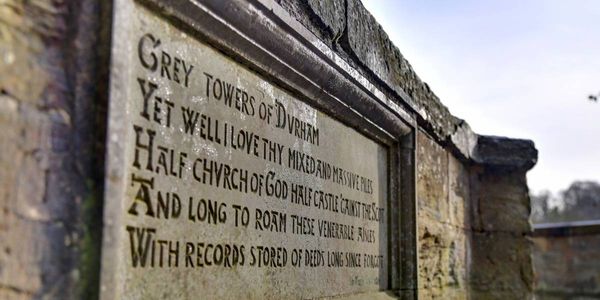 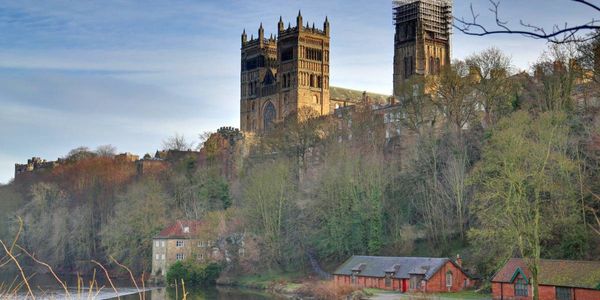 Following the river around the Durham peninsular is one of the nicest walks in the city - and best of all it's wheelchair accessible.